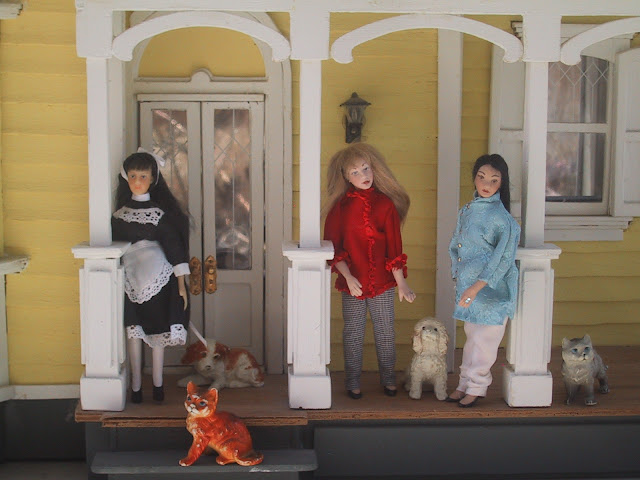 Up until now, it's been relatively peaceful for Meryl, her roommate Gene, and their live-in maid, Marie. Aside from the odd scuffle with Gene (who's been known to dabble in opiates) over what record to play next, their home life has consisted mostly of lounging, internet-surfing, and feeding the pets... And then, on a sudden Wednesday, two visitors arrive unannounced. 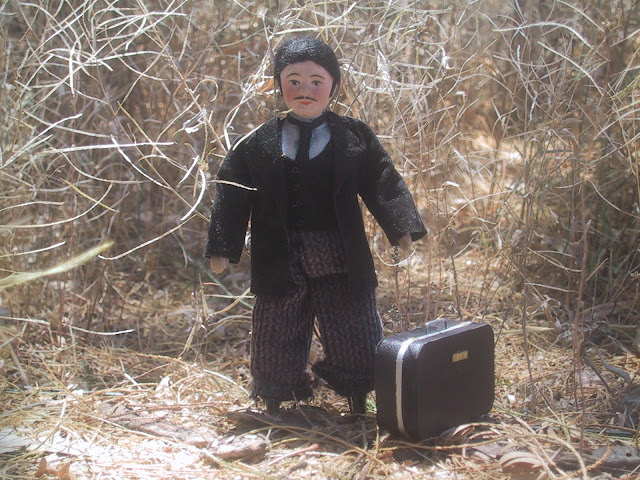 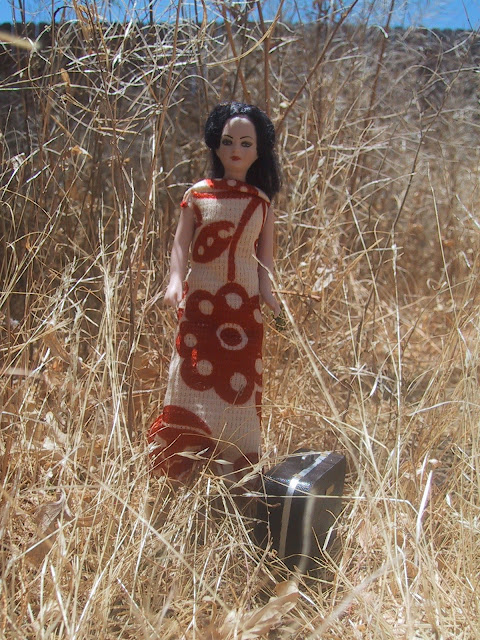 He's accompanied by his sister Grenadine, who is quite the opposite of Vlad. At five foot ten, she's a tall and fierce drink of water. They come from a faraway land...  "We are from the Slavic Union," they say. 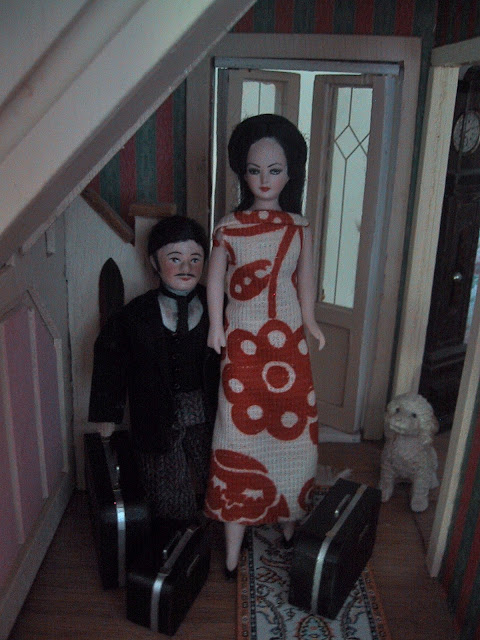 Vlad and Grenadine claim to be kin to Meryl. "We are your cousins," they announce. Although Meryl has never met or even heard of them before, she does have a vague notion of being a part of a large extended family… So she takes them in, no questions asked. That's just Meryl. 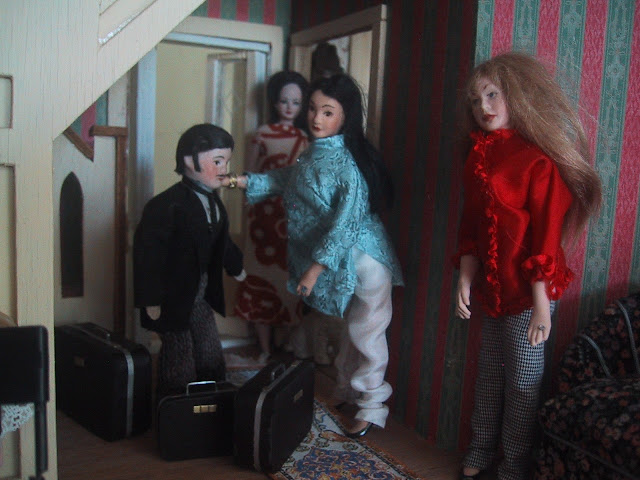 Gene, who, granted, is a little bit high, immediately takes a shine to Vlad. She (unintentionally) glosses over Grenadine and rushes to introduce herself to the regal little man... Grenadine stands behind with a savage look in her eyes. 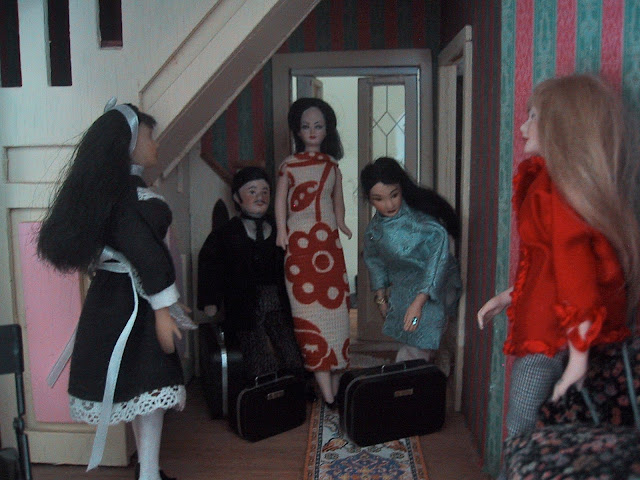 Uncharacteristic of Gene, a bona fide slacker, she offers to help with Vlad's suitcase and offers to let him room with her. 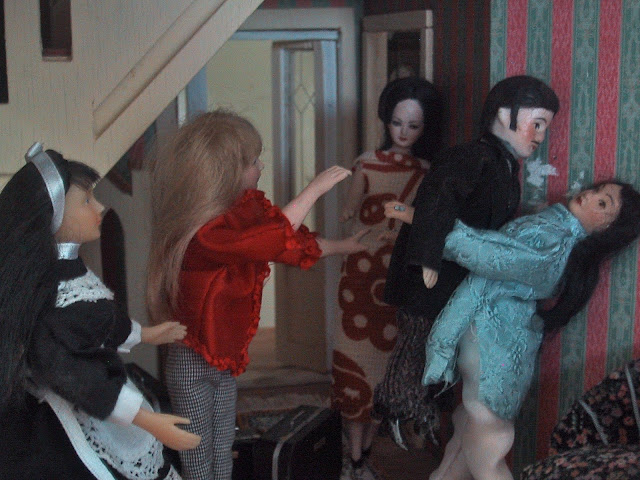 Then, overcome by sheer whim, Gene wraps her arms around Vlad's waist and lifts him up off of the floor! This is not the drugs... Gene fancies it's something like love... and she's tickled by how light he is. 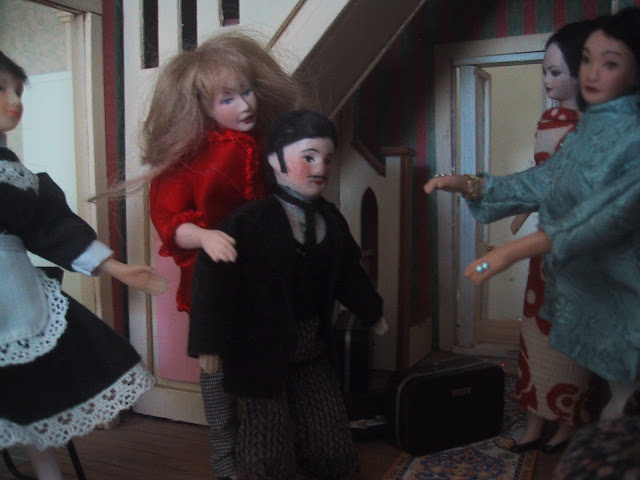 Meryl steps in quickly and puts Cousin Vlad back on his feet, much to Gene's disappointment. She had rather liked the feel of him. 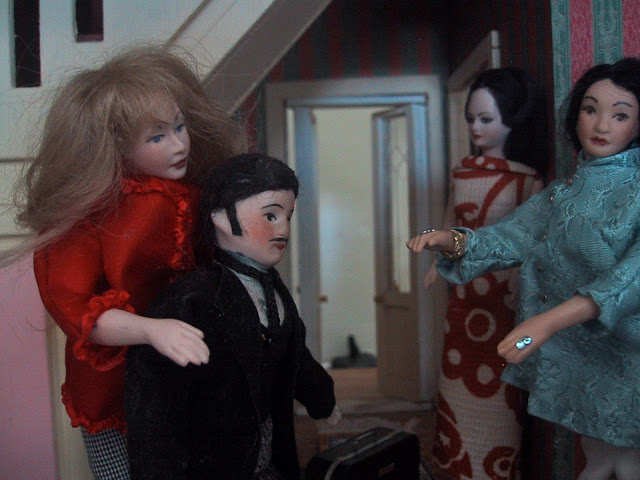 Meryl comforts her cousin and pats him, "there-there," knowing full well how intense Gene can be. 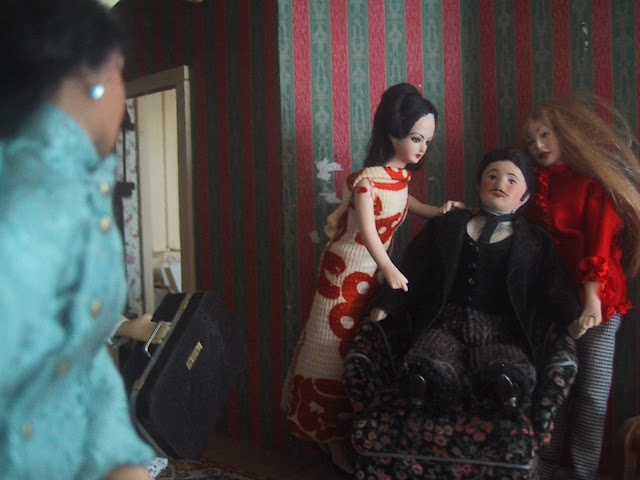 Grenadine rushes to his side, and together they insist Vlad take a seat to recover from all the excitement. Meryl and Grenadine give him a hoist into the nearest chair. 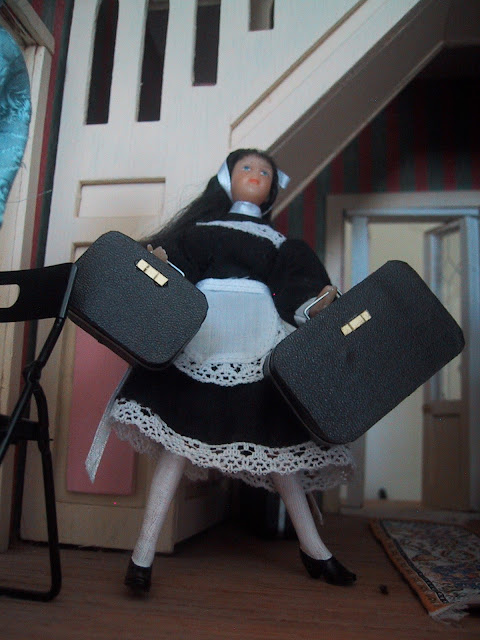 Marie is left to struggle with the luggage by herself. 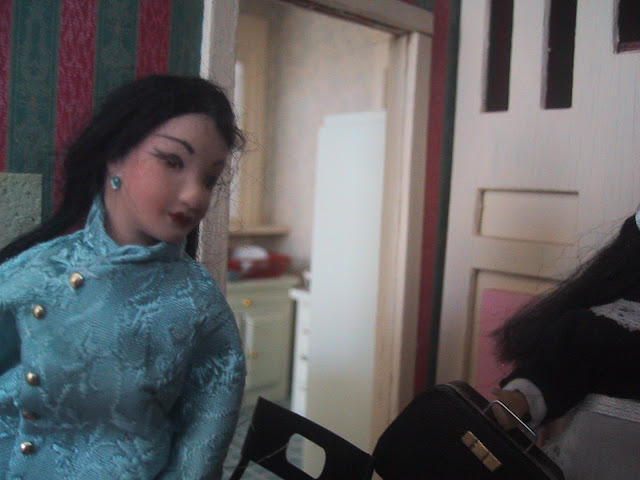 And Gene looks on longingly at Vlad. So this is that thing called love at first sight she's heard so much about...

Posted by Dollhouse Dramas at 2:48 PM 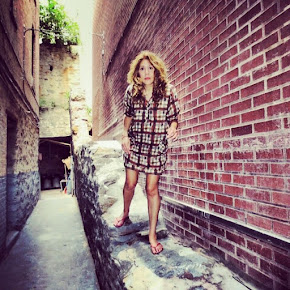